ICETE is a global community, sponsored by eight regional associations of theological schools, to enable international interaction and collaboration among all those concerned for the enhancement of evangelical theological education worldwide.

ICETE’s origins are rooted in the emergence of networks of evangelical theological schools in the majority world during the late 1960s and early 1970s. From among these new associations came a call for some means by which they might be in regular contact and collaboration at the international level. The WEA Theological Commission agreed to sponsor the project, and ICETE was formed in March 1980.

ICETE is a Global Partner within the World Evangelical Alliance (WEA). The doctrinal basis of ICETE is the WEA statement of faith. ICETE’s governing Board consists of a representative from each member body. ICETE’s Director administers the activities of ICETE under the oversight of the Board’s executive committee. 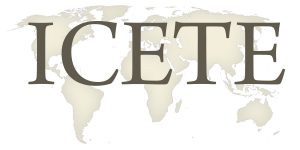